Skip to content
Sold-Out Aftershock Festival
Welcomes 145,000 Fans Over Four Days In Record-Setting Event
That Remains The West Coast’s Biggest Rock Festival
Held October 7-10 At Discovery Park In Sacramento, California,
The Largest Event In The Region In Two Years Brings In $30 Million To Local Economy
Performances Included Metallica Who Delivered Two Unique Sets Over Two Nights
Including Playing Metallica (The Black Album) In Full For 30th Anniversary
Plus Headlining Appearance From The Original Misfits,
As Well As Cypress Hill, Rancid, Social Distortion, The Offspring,
Anthrax, Machine Gun Kelly, Rise Against, Volbeat, Testament,
Gojira, Mastodon, Seether, Mudvayne & Many More
2022 Dates Announced For October 6-9
Weekend Passes Are On Sale Now For $10 Down For A Limited Time
One of the largest events to be held in Sacramento, California in two years, Aftershock returned to Discovery Park October 7-10 with a memorable four-day weekend for the first time in the event’s history, welcoming a record-setting attendance of 145,000 fans and retaining its title of the West Coast’s Biggest Rock Festival.
Aftershock has also announced dates for 2022, to be held the weekend of October 6-9, once again returning to Discovery Park. Passes are available now for just $10 down for a limited time at https://aftershock2022.frontgatetickets.com.
Producer Danny Wimmer Presents is pleased to report that almost 99% of festivalgoers this year arrived with proof of full vaccination or a negative COVID test – and others were able to receive convenient rapid testing onsite in order to access the event without delay.
Metal giants Metallica continued their partnership with DWP at Aftershock, delivering an incredible two unique sets over two nights including hits from the band’s 40-year catalogue on Friday, October 8 as well as playing Metallica (The Black Album) in full from back to front in honor of the record’s 30th anniversary.
Other memorable moments at the 9th edition of Aftershock included a headlining appearance from The Original Misfits on Saturday, October 9 who helped usher in the Halloween season with a rousing horror-punk performance as well as a Thursday closing set from Cypress Hill. Earlier that day, the festival offered a not-to-be-missed Bay Area thrash metal showdown with Testament, Exodus (reuniting with drummer Tom Hunting) and Death Angel providing an apt preview for fellow locals, Metallica. A recently reunited Mudvayne also appeared on Saturday, October 9.
Some sets also featured guest stars such as Tye Trujillo (son of Metallica bassist Robert Trujillo) appearing with his dad’s former band Suicidal Tendencies; Rise Against’s Tim McIlrath joining Pennywise to cover Minor Threat; and Dropkick Murphys on stage with Rancid.
Aftershock also honed in on rising talent including the first major festival appearance for Mammoth WVH, the project of Wolfgang Van Halen, son of the late Eddie Van Halen.
East Bay Express and Mercury News said Aftershock was “shaping up to be a tremendously successful festival,” adding, “While some festivals try to be everything to everybody, booking a diverse lineup that will hopefully appeal to the broadest amount of listeners, Aftershock goes the other direction and keeps a tight focus on all things heavy — mostly metal and hard rock, sprinkled with a bit of punk and hip-hop. In that sense, it’s a niche festival, but one that is also able to draw 30,000-plus fans per day. It’s become the place to be for headbangers over the years, annually offering up the best that these heavy music genres have to offer.”
As well, Sacramento Beesaid, “The return of the Aftershock Festival following a 2020 hiatus due to the COVID-19 pandemic is one of the country’s most anticipated hard rock events this year. With a combined attendance of about 150,000 from the festival’s opening night on Thursday to a show closing set from Metallica on Sunday, Aftershock is also music to the ears of civic and tourism officials who are eager for a much needed economic boost.”
The event (sold out for the fifth consecutive year) is estimated to have brought in $30 million to the local economy with 75% of the attendees traveling to Aftershock from outside the region, according to Mike Testa, CEO of Visit Sacramento.
In addition to the 60 music acts over 4 days, with performances on three stages, festivalgoers were able to enjoy some of the best food and drinks that the Sacramento area has to offer, as well as various sponsor activations and experiences.
As well, all weekend long, festival fans were treated to exclusive interviews with bands playing Aftershock courtesy of the crew behind “That Space Zebra Show,” including Cypress Hill, Rise Against, Seether, Steel Panther, Body Count and dozens more. Interviews can be watched now on DWPresents Twitch channel: https://www.twitch.tv/dwpresents. As well, Metal Ambassador and SiriusXM host Jose Mangin was a part of the weekend, introducing various acts ahead of their performances.
Danny Wimmer Presents will wrap up the 2021 festival season with Welcome To Rockville in Daytona Beach, Florida November 11-14 with two unique sets over two nights from Metallica, as well as Slipknot and Disturbed in headlining performances, plus Rob Zombie, Lynyrd Skynyrd, A Day To Remember, The Offspring and many more. Tickets are on sale now at https://welcometorockvillefestival.com/.
Aftershock partners included: Blackcraft, California’s Finest CBD, Clown Cannabis, Coors Light, Deep Eddy Vodka, Dr. Greenthumb’s, ESP, Fearless Records, FC Cancer, Heavy Grass, Hellflower Soap Company, Helpful Hemp, It’s Ronz World, Jack Daniel’s Tennessee Whiskey, KOLAS, Mortus Viventi, Musician’s Institute, Revolver & Inked Magazine, Sammy’s Beach Bar Cocktails, Space Zebra, The Pretty Cult, Thunder Valley Casino Resort, TickPick, TWLOHA and weedmaps.
Aftershock also celebrated many non-profits including Animal Place, FC Cancer, Headcount, Rock Against Racism and Take Me Home.
Aftershock is produced by Danny Wimmer Presents, one of the largest independent producers of destination music festivals in America. Additional DWP events include Bourbon & Beyond, Epicenter, Hometown Rising, Inkcarceration Music & Tattoo Festival, Louder Than Life, Sonic Temple Art + Music Festival, and Welcome To Rockville.
For more information on Aftershock please visit:
Website: www.AftershockFestival.com
Facebook: http://www.facebook.com/AftershockFestival
Twitter: http://twitter.com/AftershockSac
Instagram: https://www.instagram.com/AftershockConcert/
Hashtag: #Aftershock 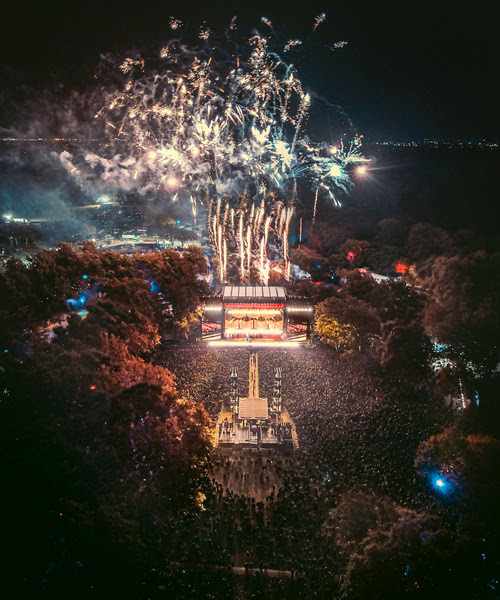 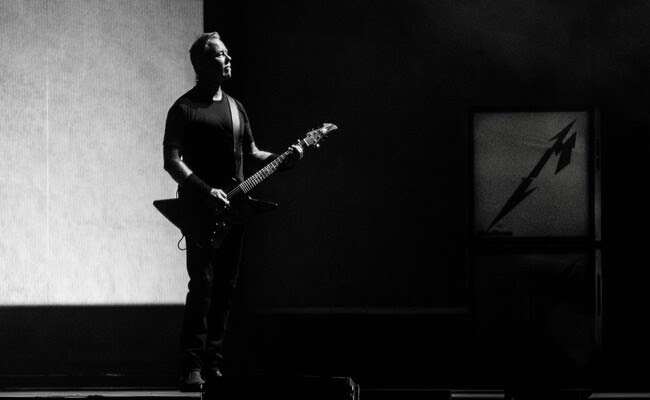 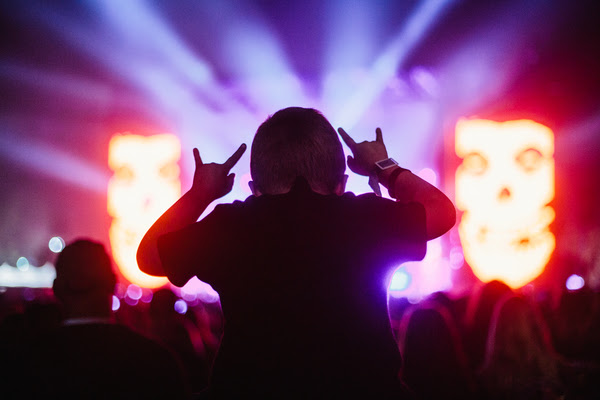 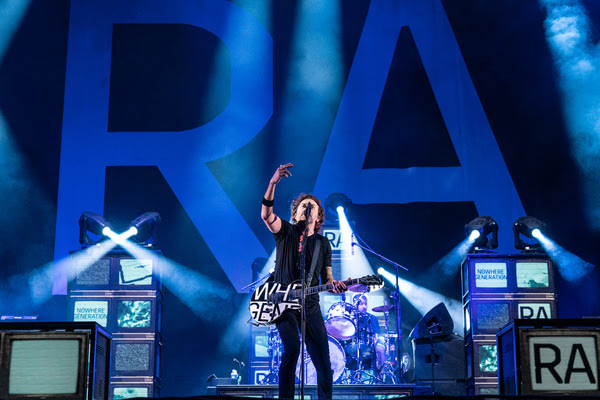 (Rise Against by Steve Thrasher) 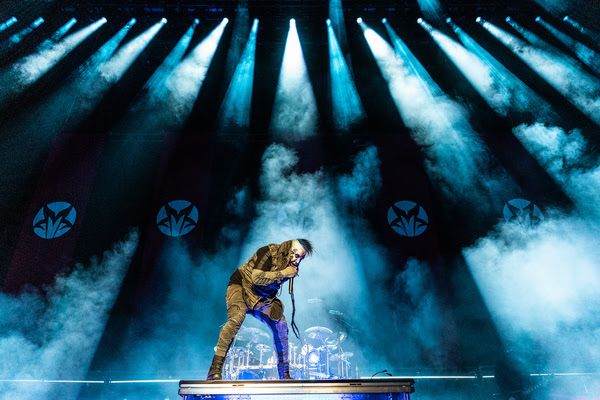 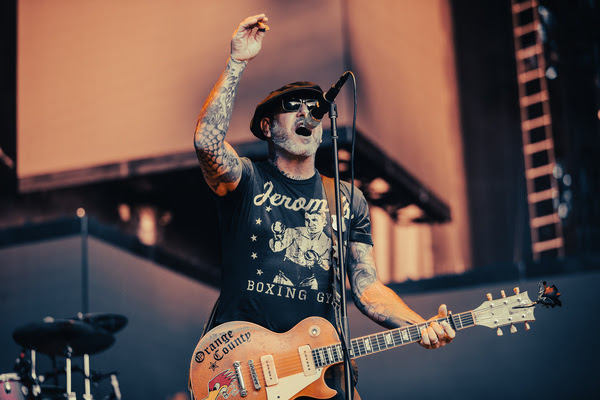 (Social Distortion by Steve Thrasher)
​​About Danny Wimmer Presents: Since 1995, music industry veteran Danny Wimmer has been producing concerts and festivals, both large and small. In 2011, he formed Danny Wimmer Presents, which now produces several of the largest rock and alternative festivals in the U.S. By combining A-list talent with local cuisine and culture, DWP has become recognized within the industry for delivering the highest-quality entertainment experiences to fans, artists, sponsors, partners and host cities. DWP creates memorable and all-encompassing festival experiences, leaving both consumers and partners with lasting and meaningful impressions. DWP will continue to add new music festivals to its already stellar portfolio, which currently includes Aftershock, Bourbon & Beyond, Epicenter, Hometown Rising, Inkcarceration Music & Tattoo Festival, Louder Than Life, Sonic Temple Art + Music Festival, and Welcome To Rockville. Previous DWP festivals include Rock On The Range, Carolina Rebellion, Northern Invasion and more.  In 2020, DWP launched the popular digital series Offstage with DWP and Beyond the Barrel, and ventured into the digital content curation space, promoting pay-per-view live streams.
www.DannyWimmerPresents.com

Welcome to 1013 Music Reviews, your new home for concert and event reviews.

Based out of Minneapolis Minnesota, 1013 Music Reviews will be giving you the best reviews from shows throughout the world. 1013 Music Reviews is a partnership of Kyle and Tracy Hansen, both who harbor a great passion for music. We have been reviewing and shooting shows for years. We review numerous types of concerts, from rock to country, heavy metal, alternative, pop, and much more. Although we are based out of Minneapolis, MN, we have been known to shoot throughout the Midwest and Northeastern United States.

All photos are property of

There are no upcoming events at this time.